A cookie is information stored on your computer by a website you visit. Cookies often store your settings for a website, such as your preferred language or location. This allows the site to present you with information customized to fit your needs. As per the GDPR law, companies need to get your explicit approval to collect your data. Some of these cookies are ‘strictly necessary’ to provide the basic functions of the website and can not be turned off, while others if present, have the option of being turned off. Learn more about our Privacy and Cookie policies. These can be managed also from our cookie policy page.

IE10 and below are not supported.

Open House Results and Current Status of the Plan 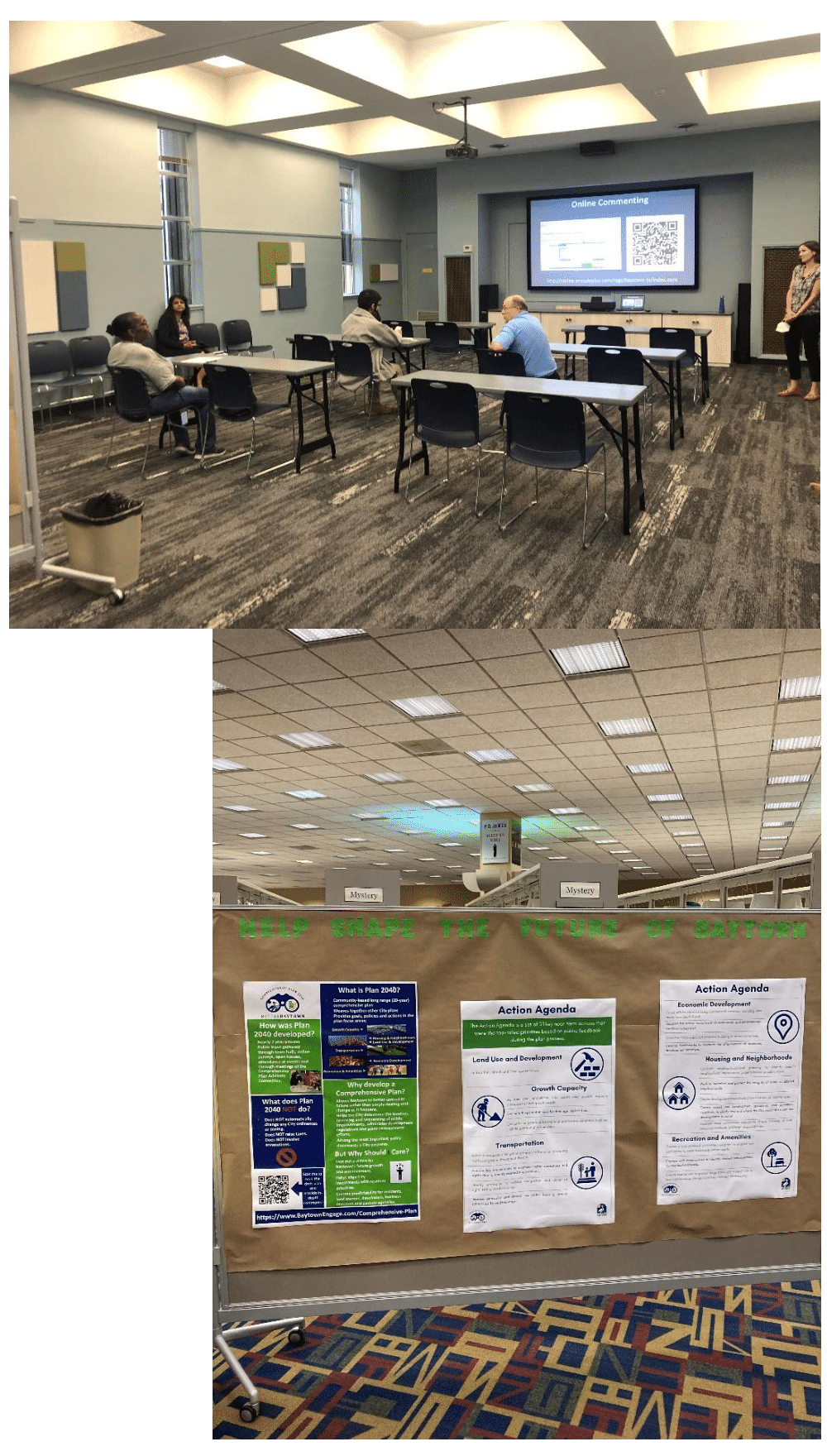 City staff held an Open House for citizens to hear an update about the draft of the Comprehensive Plan and the final steps in the process before adoption.

It was a great night with many residents participating and providing crucial feedback on which action priorities they found the most important.

In the weeks leading up to the open house a pop-up exhibit was hosted in Sterling Municipal Library to update citizens on the current draft of the Comprehensive Plan and ask for feedback on action priorities in a similar manner to the Open House. Between the pop-up exhibit and Open House over 50 citizens participated in a survey to rank the action priorities listed as the most important in the Comprehensive Plan. This gave valuable information to staff on what near term priorities citizens think would be the most impactful.

Aside from providing valuable feedback about the plan and helping to guide decision making for the final draft, survey participants were also entered into win a family pack of tickets to Pirate Bay Water Park. Congratulations to Gitona and Bill on being the two lucky winners of the tickets!

If you were unable to attend the Open House don't worry! the Comprehensive Plan will have two public hearings before its planned adoption on May 26th.

Public Hearing and decision to adopt before the City Council on Thursday May 26th, 2022 at 6:30 PM at Baytown City Hall 2401 Market St.

Both of these public hearings will give anyone interested a chance to speak about the plan and give input to how it should be finalized.

Keep an eye on this site as we wrap up the planning process and stay tune for the final draft of the Comprehensive Plan!